The Graston Technique® Instruments, while enhancing the clinician’s ability to detect fascial adhesions and restrictions, have been clinically proven to achieve quicker and better outcomes in treating both acute and chronic conditions, including:
Z 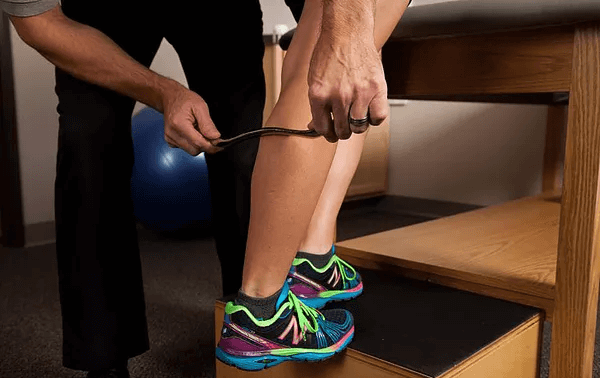 Suffering from a soft tissue injury is a frustrating experience as it can impede your everyday activities. Graston Technique® (GT) is a method that treats all of these conditions, whether they occur after surgery or are acute or chronic conditions. GT is the optimal way to improve your quality of life.

Our unique method utilizes techniques and instruments that enable your physical and occupational therapists, chiropractors, athletic trainers and hand therapists to treat fascial restrictions and scar tissue as well as help you regain range of motion throughout your rehabilitation.

The GT method is designed to allow your medical professional to treat the deep layers of tissue in order to change the way your body receives pain signals. The instruments used in the method make contact with scar tissue, fascial restrictions and adhesions, and work to reduce and break down the elements that cause pain. After a number of treatments, range of motion is restored and pain signals are reduced, leaving you with proper functioning tissue rather than a soft tissue injury.

There are a number of choices medical providers have when it comes to their treatments. A GT-trained clinician has invested in their career by adopting the most effective technique available for soft tissue injuries. GT’s commitment to very high educational standards ensures you will receive the best treatment possible.

Speeds up recovery and rehabilitation

Obviously, treating a soft-tissue injury can, at times, be uncomfortable. However, the use of GT instruments allows the clinician to better administer the level of pressure applied. While bruising is not the intent, soreness can occur during treatment. GT clinicians are trained to recognize these symptoms and adjust treatment intensity to minimize their occurrence, while realizing the benefits of the technique.

GT does not need to be considered “painful” to be effective. Please inform your clinician if you are experiencing discomfort anytime during treatment. Patients usually receive two treatments per week during a four-to-five week period. Most patients have a positive response by the third to fourth treatment.

Graston Technique® is accepted nationwide by elite athletes and everyday patients, as one of the most effective treatments for rehabilitation and range of motion maintenance, especially when combined with other treatment modalities such as exercise. Contact your health care provider today or locate one here to find out if you can benefit from GT.

“My trainer, Keenan [Robinson], uses Graston tools, these little metal crowbars. He carves them into my shoulder blades, my back, my knee, my hamstrings – wherever I’m really tight – to loosen things up.”

Eisenberg says she’s been treating Jobes since 2012, focusing on the Graston technique, stretching and strengthening exercises with an emphasis on eccentric exercises (an active contraction of muscle while it’s being lengthened).

As you can see from the video, Williams is having therapy on his left ankle and lower leg. Some were curious what type of therapy was being done. It looked to me to be the Graston technique, when specific tools are used to detect and relieve adhesions from muscle and tendons. Adhesions are bands of scar tissue that adhere or bind two organs or tissues together.

Note from GT: For all football fans, we’d like to clarify that GT does not need to be considered “painful” to be effective. We encourage all patients to inform their clinician when they experience discomfort during treatment. For most patients, treatment time is usually no more than 10 minutes per region. We’re proud the 49ers use Graston Technique® and we hope they have a winning season!

Give us a Call

Send us a Message